TO FEEL YOUR BEST!

Learn how Chiropractic Care can help.

We are committed to bringing Sevier County of East Tennessee specialized chiropractic therapies to help you feel your best! Whether you have an injury, battle a lifetime of chronic pain, or seek to optimize your active lifestyle, Dr. John Hood provides a unique array of chiropractic therapies to help improve your overall wellness. Conveniently located in Sevierville, Dr. John Hood cares for patients in Sevierville, Pigeon Forge, Gatlinburg, New Center, Knoxville, and all surrounding areas.

Be sure to check all of the information about us and contact us today at 865-908-2699 for an appointment. 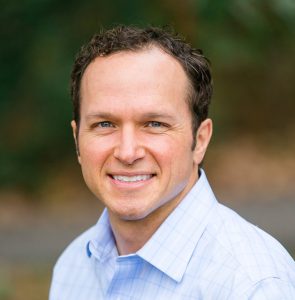 Dr. John Hood first became interested in chiropractic care when he received a lower back injury while on a 100 mile triathlon training ride in college. His road to recovery revealed a passion for helping restore wellness to others and led to his pursuit of a doctorate in chiropractic.

Dr. Hood is a 1993 graduate of The University of Iowa and a 1997 graduate of Palmer College of Chiropractic in Davenport, Iowa. Upon completion of his doctoral program from Palmers, he first practiced in Cincinnati, Ohio treating primarily worker’s compensation and auto injury patients from 1997 thru 1999.

In February of 2000, Dr. Hood opened his own practice in the beautiful Smokey Mountains of Sevierville, Tennessee. Dr. Hood’s practice grew more abundant every year and by April 2005, he relocated to 1011 Middlecreek Rd in Sevierville. The larger office allows Dr. Hood to offer expanded therapies including the latest state of the art technological advances in non surgical treatments such as herniation/slipped disc/sciatica pain as well as cold laser treatments for conditions such as carpal tunnel syndrome, heel spurs, and swollen knee pain.

Today, Dr. Hood is known for his passion and service to area youth sports teams. Serving as a chiropractor for both Pigeon Forge Baseball and Wrestling, the team has won two straight state championships. Dr. Hood, an athlete himself, loves to give back to local athletes by helping them achieve peak performance and overall wellness.

Please Complete the Form Below